TRIZ is an innovation tool and methodology that is based on an analysis of the inventive attributes of patents.  It is unique when compared to the some 350 innovation tools and enablers that are available to corporations.

GGI has been following the growth and evolution of TRIZ since the 1990s when its body of knowledge was first translated into English.  Originally the work of a single person, Genrich Altshuller, a low level officer in the Navy of the former Soviet Union in the 1950s, there are now some 18,000 people around the globe that have become certified in the application of TRIZ.  And, many more are practicing TRIZ without yet formally applying for certification.

As we know, for a myriad of reasons, it takes years and some times decades for techniques developed in the East to become accepted and adopted in the West.  Such is the case for TRIZ, translated from its Russian name as “the theory of inventive problem solving.”

Since 2008, the adoption for TRIZ has been growing steadily.  This growth has been driven by a combination of the power of the tool, the efforts of several non-profit and for-profit organizations that espouse its usage, the incorporation of TRIZ’s logic into several increasingly popular innovation software packages, and some large influential corporations that have made commitments to TRIZ within their company.  The companies that have allowed their interest to become public knowledge include Intel, General Electric, Boeing, DRS, Samsung, and Hyundai.

GGI’s most recent research on TRIZ was conducted late in 2015.  This “secondary research” effort involved the analysis of a number of public web-based sources and privately disclosed information to GGI.  This research built on our several previous “primary research” efforts on TRIZ during the past fifteen years.

To our surprise, after observing fairly uniform and even growth across countries in prior research efforts, our recent findings indicate that growth in Eastern Europe and especially in Asia now dwarfs the growth in most Western countries.  In fact, South Korea’s adoption is now approximately 15x that of the next nearest country on an absolute basis.  The skewing is so severe that it is necessary to remove South Korea from the data set in order to analyze the rest of the countries that use TRIZ.  Some 50 countries now have certified TRIZ practitioners, but, as you can see from the diagram below, South Korea’s overwhelming presence obscures their slivers of the pie at a global level. 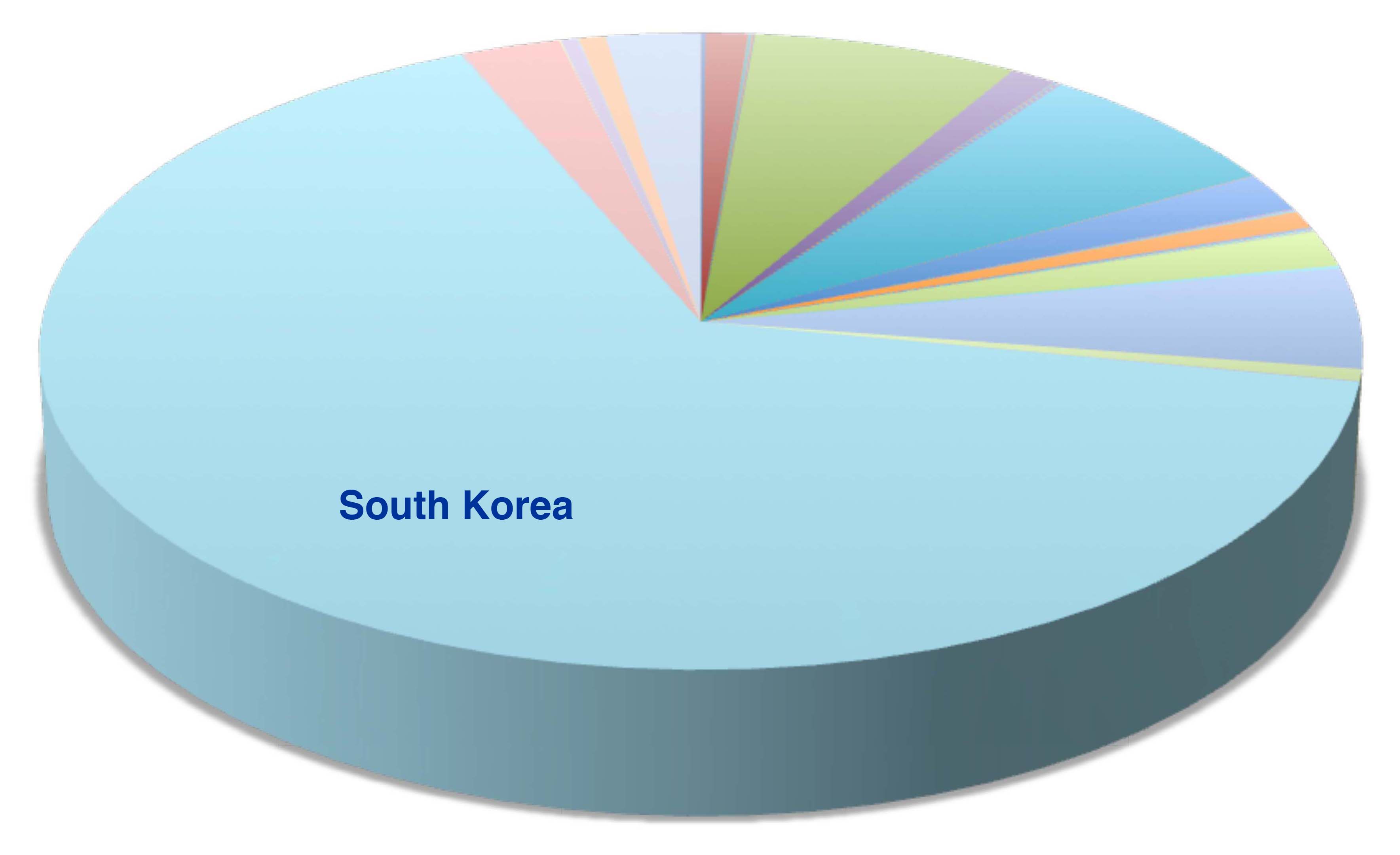 As a result of GGI’s unbiased research, Brad Goldense has been invited to deliver the keynote address at the largest TRIZ Conference in North America this year. TRIZCON2016 will be held in New Orleans on March 3-5, 2016 at Tulane University. Greater than half of TRIZ’s global rock stars will be presenting at this conference making it a worthwhile venue in which to learn more about this powerful innovation tool and method.

If you are interested, The Altshuller Institute for TRIZ Studies who produces TRIZCON has extended a 10% discount to anyone from GGI’s network that might like to register.  If you decide to attend, please use the code “TRIZGOLD” when registering to receive your discount.  Just so you know, GGI receives no financial remuneration for anyone registering from our network.

If TRIZCON2016 sounds too immersive to you, but you would like to learn more about TRIZ, GGI’s Innovation Summits have contained a “TRIZ Module” since 2005.  Along with some 65 other generally available innovation tools, we’ll be sure to up your awareness of what TRIZ may offer to you and to your company.  GGI will be holding our 14th R&D-Product Development Innovation Summit on March 29-31, 2016 in Norwood, Massachusetts.